Day two began with a delicious breakfast at Steel Magnolias, cooked and served with love by Miss Cora. And, we were joined by the owner of Steel Magnolias and the decorator who is responsible for beautifully restoring the home. Although I won’t share all the details here, suffice it to say that Kim and I had two divine encounters before we ever left the house. And God was also gracious enough to bless me with the opportunity to pray with Miss Cora whose niece was having a kidney transplant this very day.

Miss Cora told me she was “born on the Cane” meaning the Cane River. I captured this beautiful picture as we headed out of Natchitoches to the Melrose Plantation: 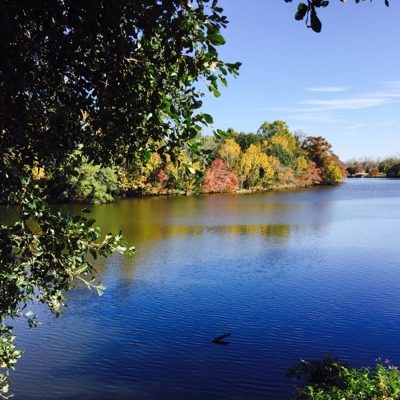 We didn’t have time for a tour, but we did get a few great pics. I love this one of the house. 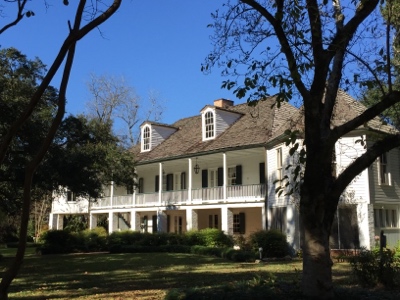 From Natchitoches, we made the four hour drive to Angola. Louisiana highways leave a little to be desired, but it was still a gorgeous drive and the conversation non-stop… even after 5 hours of driving yesterday. I know at least one husband who would not be surprised by that.

We arrived at Angola, settled in one of the warden’s guest cottages, and then headed to the Ranch House for dinner. I. Could. Not. Wait. From my trip last year, I knew I’d find two things: Big Lou and some crawfish casserole. God did not disappoint. Big Lou is the warden’s chef, and he is worthy of his name in more ways than just his physical size. His heart is big, too.

Those who know me well with get a good belly laugh out of what Big Lou said when I asked if he remembered me. And I quote his response, “I do remember you. You’re the cookbook lady.” Indeed I am. Big Lou and I made friends last year, and he told me he needed some chili recipes, so I sent him a Texas cookbook loaded with chili recipes… of course, none that I had ever personally tried, but the cookbook had a great cover and Pinterest worthy pictures. What more can you ask for? It was an even sweeter reunion when Big Lou promised me the crawfish casserole recipe before I headed back to Texas. Now that’s one I plan to cook!

Over the past two years that I’ve been doing prison ministry, I’ve had countless people say things like, “I can’t believe you do that,” or “How can you do that?” or “Those people aren’t worth it.” Actually, most of the comments and questions have been far stronger than that, but I prettied them up a little bit here. Initially I didn’t always have a ready answer or response, but I do now.

I go to prison because I see Jesus there.

I’ve always seen God in the majesty of His creation, like this beautiful oak tree at the Melrose Plantation. 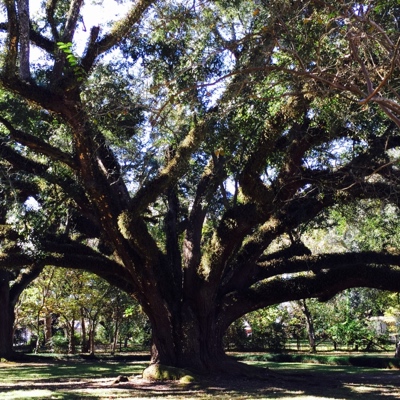 But as I’ve grown in Christ and become rooted in faith, I see God in the low. And the least. And the last.

And I long to be with Him there.

Lord Jesus, thank you for the way You shine the light and help me see You! 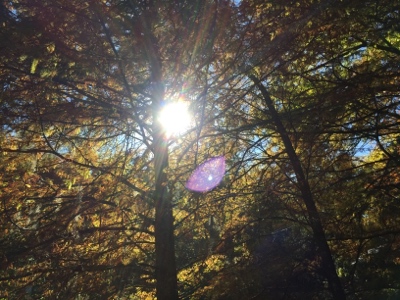