See if this is how you do it. Measure the line using the ruler provided. If I were to measure this, I would say this is 4 inches plus 3. Anybody? I know at least one other person who measures this way, and it’s yet another reason why we’re BFFs. That whole eighths and sixteenths thing just gets way too complicated when I can just count the little marks past the big number. Don’t judge.
It works for me.

Well, some of the time.

63-3/8 inches. That’s what Brad told me. I clearly heard it. So even though that whole eighths thing is a little hard for me on a tape measure, I measured and cut the boards. All ten of them – five for each door I was making. So far so good. And then I go inside to ask Brad if he’ll come help me “square ’em” up. He comes outside and the first thing he does is grab the tape measure and pronounce they are wrong. I’m immediately thinking I need to go back to 3rd grade and learn the ruler thing all over again, but instead I defend myself anyway and say, “63-3/8 inches. That’s what you told me.” To which he promptly replies, “No. I told you 62-3/8 inches.”

There might have been some mumbling under my breath, but I went about sawing off another inch from each of the ten boards. We put them in groups of five, squared them up, and I went about joining them together. Each door got 30 screws. Screws in, holes puttied, boards sanded, and I was ready to take them upstairs where I would paint them and eventually hang them.

Since they were a little on the heavy side, Brad offered to carry them upstairs for me which is where I was going to paint them. He was ten or so steps ahead of me, so he reached the “hanging place” for the door before I did. And then he didn’t mumble under his breath. I heard it.

I knew without asking. The doors were the wrong size.

The rest of the story is too long to tell here, but suffice it to say that putty will come out of holes, boards can be cut a third time, screws can be put back in, putty can once again fill the holes, boards can be sanded, and doors can be carried back upstairs for painting. And when you are all done, you get this: 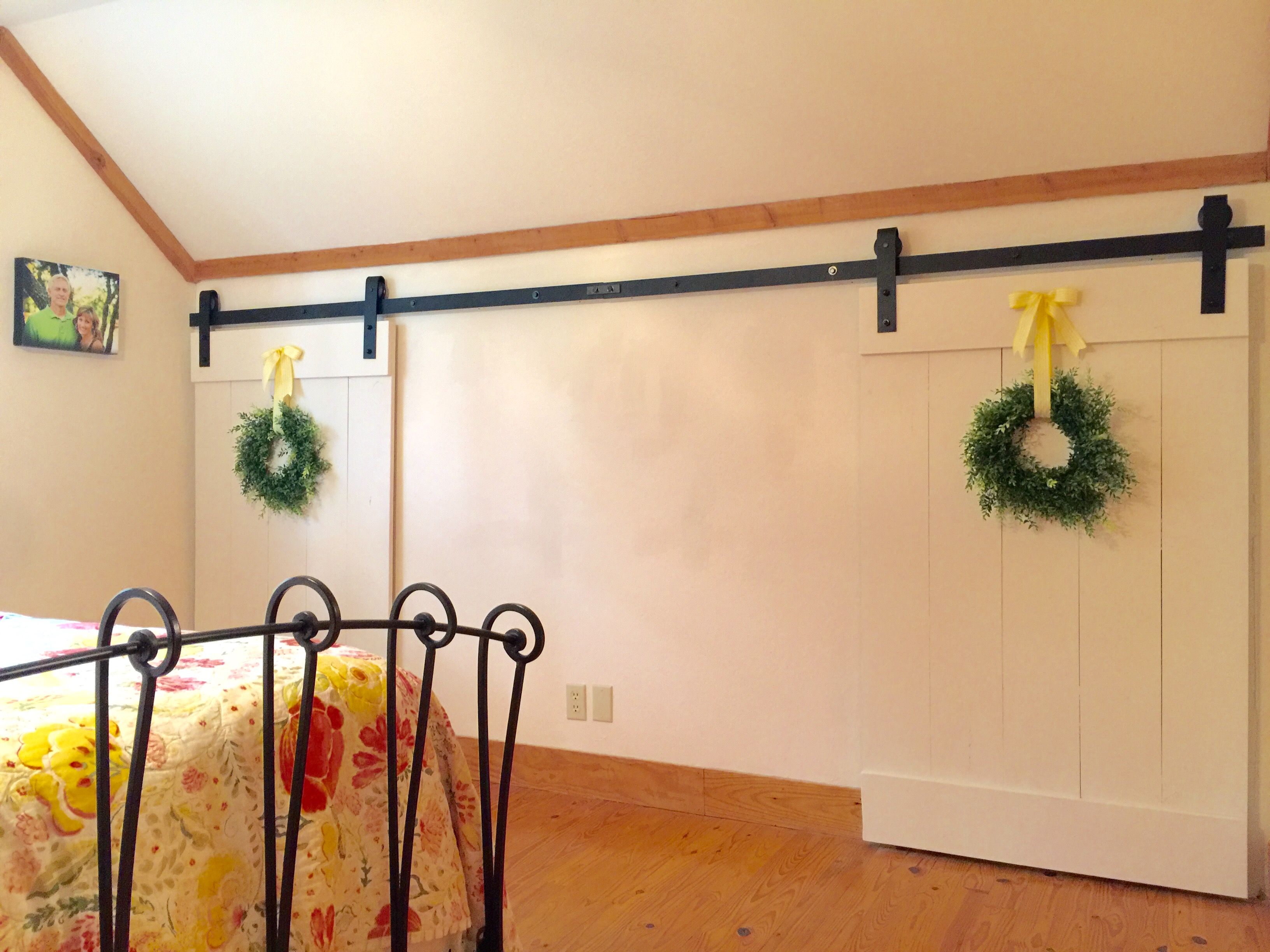 All the measuring and cutting and re-everythinging happened on Sunday, but the painting and hanging of the doors didn’t take place until Monday. And that’s when I got to thinking…

That whole measuring thing with the doors is a lot like life. We’ve all heard the old saying, “Measure twice, cut once,” but I think we’re living in a world today where there is not a whole lot of measuring going on. Choices and decisions are made without any regard to the outcome or the cumulative effect. And then we wake up one day and wonder how on earth we got here. Things no longer look like they once did, and we act like we can’t figure it out. Well, they got there one choice at a time.

The last verse in the book of Judges reads, “In those days Israel had no king; everyone did as they saw fit.” And we know where that got them. Defeated and held captive.

I am defined by choice. You are, too.